The installation included 247 solar modules mounted on twelve different roofs. The eleven inverters were interconnected with five separate electrical services. Extensive coordination was required between the project developer, the project architect, the general contractor and Idaho Power. Aesthetics and the maximization of energy output from a limited roof space were driving forces in the design. We specified SunPower all-black solar modules to meet both of these requirements. This project was a finalist for the National 2010 SunPower Intelagant Award. 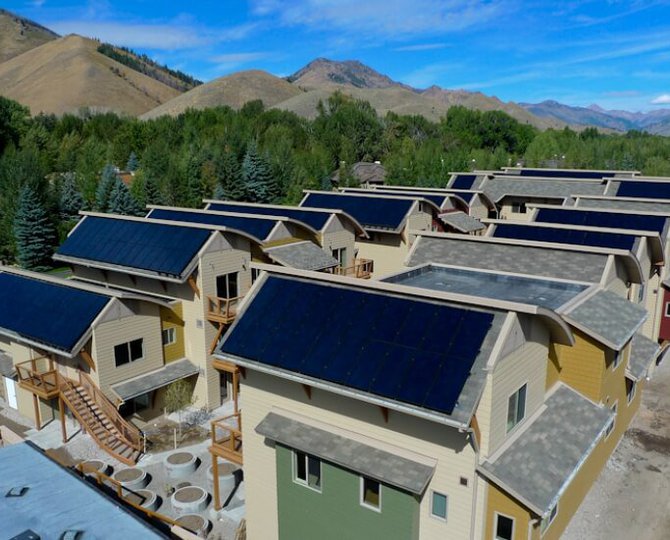 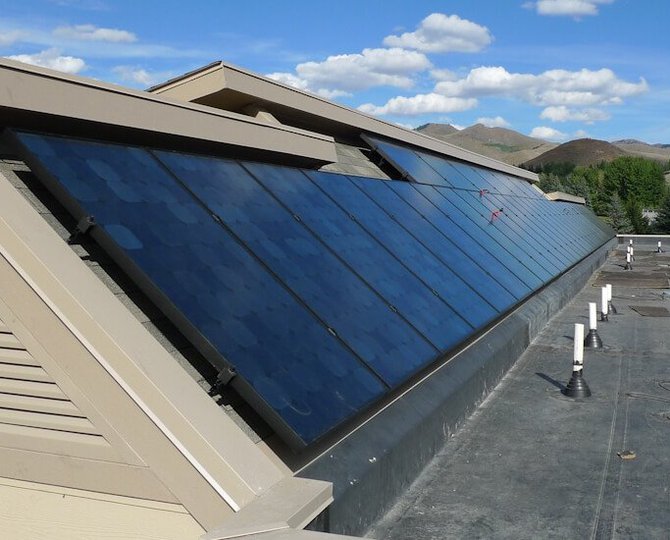 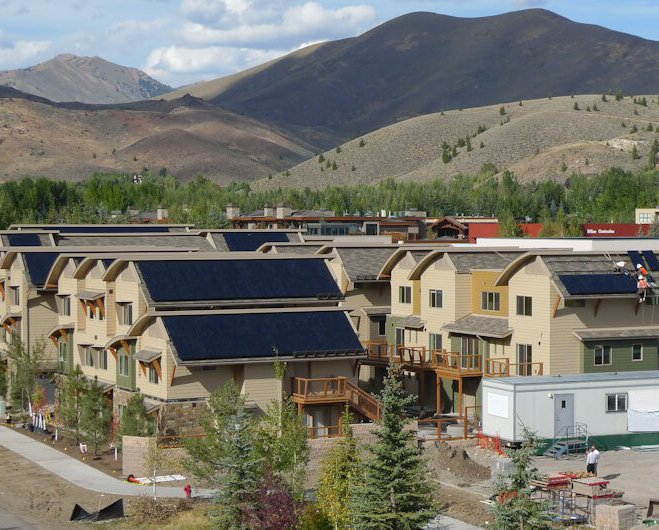 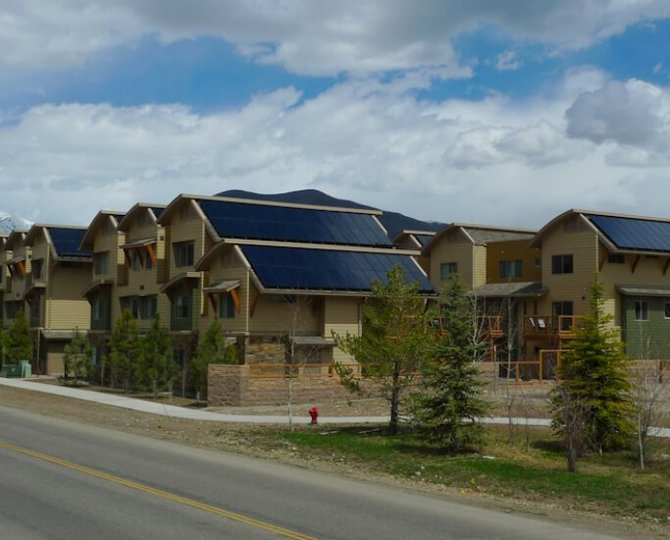